It was a warm (for NYC) August Saturday, bright from the midday sun, when I walked into the dim Pony Bar.

At 365 Brew, we are big Untappd fans. If you are not aware, it is a social network for beer and those who drink it. Drink a beer, check into it, rate it, and so on. A few months ago, I was playing around in the app and noticed a “Founder’s Hangout” badge that was awarded by visiting one of three bars that the founders loved.

There I learned of the Pony Bar and it was well-worth the honor of having a badge.

I was in a full suit. My wife was a bridesmaid in a wedding a few blocks away and so she had to go to the salon hours before the wedding. Alone in New York City with a few hours to kill and in need of lunch, where else would a guy go besides a place like The Pony Bar?

It felt like a bar. In a good way. It was dark, the right balance between empty and full for a Saturday midday. There were plenty of seats but you could be social at the same time.

Not being a local and generally unfamiliar with the local craft beer scene, I trusted the bartender’s opinion. She was sweet, friendly, and talkative in a very nice way. I had a Gangster Duck by Radiant Pig, an En Verano by Finback, and the Citrus Saison by Peak Organic. All were enjoyable.

I’ve been to the City a few times, never more than for a week. My impression of New Yorkers are that they’re both the friendliest people in the world and the most blunt at the same time. A friend described it as “They’ll give up their seat for you on the subway by telling you ‘Take the seat bitch!'”. On a previous trip, Vanessa was solo in the City during the day with a six-month old. It was as if the seas parted. Everyone helped out, moved out of the way, or whatnot. For a city that doesn’t have the greatest rep, it was awesome.

The Pony Bar is such a great extension of the unexpected kindness of New York.

While I was in there, an older woman, in her 70s or so, sat down a couple of barstools away. She isn’t a beer fan and would come in, perhaps daily, for a glass of wine. She and the bartender obviously knew each other and the bartender was on a quest to eventually give her a sample of a beer she would like. This didn’t happen when I was there. 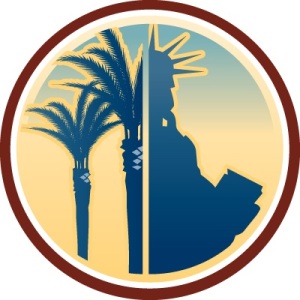 For the hour or so I was there, enjoying lunch, and our conversation, we simply talked. I’ve never talked like that to random strangers at a bar before. Cross-generation, a native New Yorker, with a transplant-resident bartender, and a Texas boy talking a little about beer, but more about the experience of life comparing the newness of the wedding I was able to attend to the older woman’s late husband and her marriage, the city and how New York has both changed and not over the years, and whatever random topics came up next.

It was the best hour or so I’ve spent at a bar in memory and, frankly, it felt like the pilot episode of a New York-based Cheers spinoff.

My only regret is that I live four hours away by plane. If you find yourself in the Big Apple or can find an excuse to be, check out The Pony Bar. You’ll be glad you did.